Whose Culture Matters? Reflections on Supernova Fan and Comic Convention for Law and Humanities 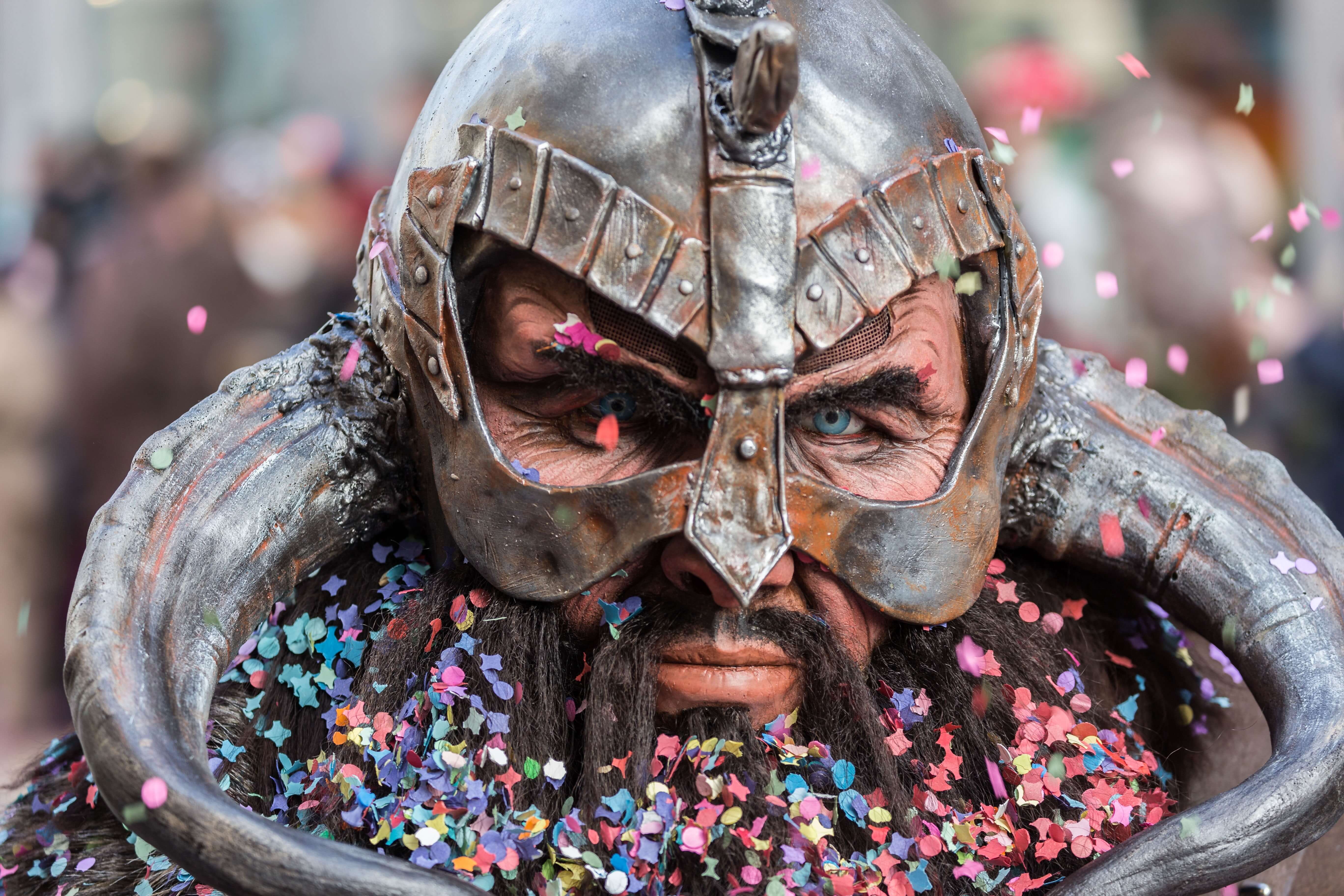 The Starwars Storm Troopers were raising money for a cancer charity. They stood in gleaming white and for a gold coin donation the punters could get a photograph with them. They were in demand. A rough line of supplicants snaked from their entrance, losing definition as it blended into the general busyness.

And the Convention Centre was busy. Most of the attendees at Supernova Gold Coast had engaged in various degrees of cosplay. Notable inclusions â€” beyond the expected families of wookies, slightly uncomfortable Star Fleet officers, pink haired anime wantabes and steam punk aficionados â€” were the characters from computer games: pixated Minecraft beings with pixated axes, Bioshock Infiniteâ€™s Elizabeth, and the father and son Sonic the Hedgehog. In many respect this was a generation event. Families with young children, like our family, were conspicuously present. The family day out to grok with cult fandom; or in our case to meet Sylvester McCoy and buy more Doctor Who merchandise. Who was conspicuously not present were the Baby Boomers. This was a Gen X and Gen Y show. The Xers with their children and the Yâ€™s with their gamer artefacts. Which is unusual. A straw poll of any Australian public space will reveal a high number of Boomers, reflecting the hard demographic statistics that those born 1940-1960 outnumber those born 1960-1980 and 1980-2000. Whatever the attraction of Supernova was to the now not so â€˜younger generationsâ€™ it did not seem to attract many from televisionâ€™s first children.

This got me thinking about fiction, narratives and media â€“ the basic material from which law and humanities is fashioned. Embedded in much of this material, especially work on popular culture, is a claim, explicit or implicit, that it is a â€˜democraticâ€™ project. The project apparently involves decoding the messages of legality from â€˜low browâ€™, â€˜mainstreamâ€™ or â€˜popularâ€™ culture. The â€˜democraticâ€™ claim is an oppositional one. The messages of legality teased from popular culture â€“ film, television, pop music â€“ are seen as reflecting, to a greater degree, the mass, general and across-the-board notions of law, than the legal elitesâ€™ self-narratives of rights and justice or the worn accounts from the cultural elitesâ€™ venerable texts. The working assumption is that Batman Begins, Deadwood, or Madonnaâ€™s Like a Virgin tell us more about the contemporary law-life complex than the Merchant of Venice or Bleak House.

What Supernova showed was exactly what media social scientists and some humanities scholars had been saying for quite a while. That pop culture is no longer pop. Or at least not pop as that phrase was understood when it was coined in the 1960s and applied to the Boomersâ€™ youth culture. As media beings, this research suggests that the Boomers were and remain monolithic. They listened to the same music, saw the same films, watched the same television and followed the same fads. Something was pop because everyone, or so it is claimed, within a certain age bracket knew it, loved it, did it. There is a degree of passivity to this cultural consumption, the individual conforming to the group. Having established the Boomer monolithic it is then suggested that the Boomersâ€™ children atomised pop. Xers and Ys splintered the mainstream into genres, subcultures and styles. And they went further. Pop was not just for consumption but construction. Since the now twenty-year-old studies of X Files and Star Trek fans, the academy has become well informed of the much more critical engagement with fiction, narrative and media by the Xers and Ys. Evidence of this can be seen in the contemporary golden age of HBO driven â€˜quality televisionâ€™ where there is a higher level of sophistication in story-telling and characterisation then earlier television standards. Evidence can also be seen in the cosplaying at the cult/comic/games conventions like Supernova where boundaries of fiction become blurred. It also can be found in the economic supremacy of computer games. The games industry dwarfs Hollywood. From MMORGs to consoles to touch screen mobile gaming, games are the dominate form of culture for significant chucks of the West. Games are also much more truly global, with most games emerging from the East. What was striking about Supernova was that, judging from the costumes, most attendees were not there to bask in the glow of having a few minutes with David Hasselhoff, Alex Kingston or several actors from the Whedon-verse, but to celebrate a computer game. If â€˜popâ€™ is to be applied to anything Supernova suggests that games are what is pop.

The hallmark of games is immersion and control. Games establish a world that the gamer can make choices within. The more sophisticated game genres still have elements recognisable to literary analysis. There is mood, plot and characters, but gone is the passivity of linear text or couch potato televisual consumption. The gamer, or at least their avatar, is active within the game. They decide when to perform a certain task. In this respect, games are a game changer for fiction and narrative. The generational changes in cultural consumption from the Boomers to the Xers and Ys can be understood as driven by and anticipating contemporary computer game. This suggests a quest for law and humanities. Just when it became acceptable to talk film, television and even comics at law school, the media of pop has moved on. What are the forms of popular legality to be seen from games? What should be made of the violence and sexism of some games? What about images and narratives of order and disorder within games? What narratives of law emerge from the focus on competition, property and trade both in-game and in the real world game economy? What about the age of gamers? What does Super Mario Brothers or Skylanders teach my 5 year old son and is it any different to what Knightrider, the A-Team and Starwars taught me about legality, narrative and consumption?

There is also a deeper and more essential reason for law and humanities to embrace games then the desire to remain where the pop is. The Storm Troopers at Supernova were, ironically for people dressed in the full body armour and helmets of an authoritarian regime from a long, long time ago, wonderfully human. They joked about with the punters, danced and raised money for a charity. There was joy in their stilted movements that also showed a care for others. It was about the punters looking at them and appreciating the shiny white plastic but it was also about how they played up to the children and that the gold coin donation went to helping someone else. Games are the cultural expression of the emerging techno-totality of the digital where the gathering, generation and movement of data has become directly linked to autonomous systems that then make changes in the material world without the intervention or supervision of a human. The analogue of the human in workplaces, the market and even social spaces is being replaced by digitally fed algorithms that determine access and resources. There is no human in this plastic suit to laugh with, to bend the rules, to plead the case with, and to interpret the novel situation. Games, code dependent, yet immersive and culturally rich, provide an obvious site for reckoning with the emerging techno-totality of the digital and for asking that tricky yet absolutely essential question of what of the human should be when transposed into this techno-totality. If law and humanities is to have a future that is true to its heritage of popular fiction and narrative and true to its potential as relevant, critical, and dare I say it, â€˜humanistâ€™, then it is to the MMORGs, the Steams, and the consoles it must head. While television is law and humanitiesâ€™ present, World of Warcraft and Sonic the Hedgehog need to be its destiny.

On the Prowl: Predatory Conferences and Publishers
17/12/2018
Reflections on Art/Law
19/04/2018
Responding to Repetition: Professor Marianne Constable’s Keynote @LawLitHum2017
20/02/2018
Search posts
Like Us On Facebook