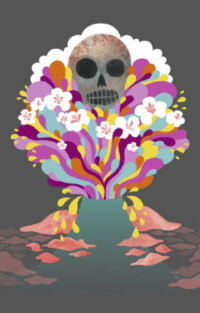 Ten years ago, the so-called â€˜Invisible Committeeâ€™ urged that â€˜It is useless to waitâ€¦. To go on waiting is madness. The catastrophe is not coming, it is here. We are already situated within the collapse of a civilization. It is within this reality that we must choose sides.â€™ Over a decade before, Leonard Cohen had written; â€˜This is the darkness, this is the flood. The catastrophe has already happpened and the question we now face is what is the appropriate behaviour.â€™ The 2017 Critical Legal Conference thus calls for streams, panels and papers that reflect upon â€˜catastropheâ€™; on the catastrophes of our time and upon their interrelations; upon the questions of appropriate behaviours that might emerge and sides that might be taken. In particular we hope to encourage streams on:

However, these catastrophes are only the most obvious effecting us today. Catastrophe does not necessarily imply a sudden fright or a grand world-historical moment that is evident to all. We also want to emphasise: the slow violence of catastrophe; the gradual and often imperceptible disintegration that is neither spectacular nor instantaneous; the â€˜human catastrophesâ€™ fostered by capitalism in its crises of social reproduction; intimate catastrophes, moments of collapse and calamity that concern the subject and the psyche, as well as the domestic.

Taking a cue from Bonnie Honig, we might identify the genre of this mode of critique as containing something of the dark romantics. The catastrophe is that chasmatic void into which we are about to fall (or perhaps we have already fallen). We are pervaded by a sense of the coming (or already arrived) doom. But despite this, catastrophe also suggests an opening to something beyond. It creates new spaces for resistance and solidarity, while potentially strengthening old ones. Catastrophe names the end in ancient Greek music and theatre, an unravelling and return to context. It was coupled withÂ anakrousisÂ â€“ a sonorous explosion that was played at the beginning of a performance to clear the ears and so make space for aÂ cosmosÂ to be created. Catastrophe announced the overturning of that world and prepared the listeners to leave the theatre, to return to the street and to the context of popular life. Tolkien coins the termÂ EucatastropheÂ to signify the sudden positive resolution of a seemingly impossible situation. Thus, continuing from the hugely successful 2016 CLC focus on â€˜turning pointsâ€™, the theme of catastrophe asks us to consider the day after the moment of rupture, the period after the turning point.

Finally, we hope the question of catastrophe also invites a certain critical self-reflection. In liberal accounts, law seems to stand out against the catastrophe: the catastrophe is the perversion of legal rationality or the inability of pure legal norms to reach their proper context. Critical fields seek to undermine this claim, but to what extent and what effect? And what of the leftâ€™s own catastrophes, what of the co-option of resistance in human rights or development, or of the various collapses or exhaustions of left political and legal projects?

So we invite participants to the coming Catastrophe of the 2017 Critical Legal Conference at the Warwick Law School and in conjunction with the Social Theory Centre.Â It will take place on the 1st-3rd of September. Further details can be found on the conference webpage (Link). Please send yourÂ stream proposalsÂ toÂ clcwarwick@gmail.com. The closing date for streams will be the 28th of February, the call for papers will open after that.