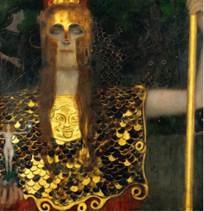 Aesthetic Dimensions of Political and Critical Theory in the 21st Century

Forms of authority inhabit aesthetic events and practices, and equally suffuse political and social discourse. The intersection of these modalities is attracting unprecedented attention amongst contemporary political and critical theorists. Judith Butler, Jacques RanciÃ¨re, Bonnie Honig, William Connolly, James Tully, Giorgio Agamben â€” and behind them figures as diverse as Arendt, Freud, Derrida, Deleuze, Benjamin, Wittgenstein and Nietzsche â€” all integrate political interpretation and critical reconstruction with lessons drawn from literary histories and artistic practices. The aesthetic forms in which authority is embedded (for example via tropes of realism, melodrama, reportage, abstraction, and tradition) animate political economy and theology. They also invite alternative modes of reflection and interrogation.

In opening the question of the power as well as the fragility of authorityâ€™s â€˜formsâ€™, certain contemporary political practices of dispossession might become ambivalent; harking back, perhaps, to the Dionysian moment that according to Nietzsche undoes identities ossified into hierarchy, dominance and mistrust. This conference aims to explore how key dimensions of contemporary political life obtain authority, visibility and contestability in aesthetic formsâ€”literature, poetry, drama, cinema, painting, sculpture. Can plural sovereignties and the modes of constitution of authority in law/lore become more visible through aesthetic attention? How do critical approaches to international human rights regimes work throughÂ aestheticÂ forms? Do the divisions inherent in authority, especially where there are long histories of violence, conflict or oppression, particularly demand an aesthetic critique or (re)-mediation? How might an aesthetic register for thinking politics emancipate the material world from merely being manâ€™s â€˜objectâ€™, generating new institutional forms apt to the challenges of today?

Our call for papers invites both critical and reconstructive work in the relationship between aesthetics and politics as it pertains to the question of authority.